Scott has expressed he is a massive fan of The Raid and would love to work with director Gareth Evans, after the trailer for The Raid 2 trailer hit the net, Scott has mentioned this via twitter “Im officially stating it NOW!! @ghuwevans better put me in The Raid 3!!” How awesome would that be…..and guess what Gareth has recently tweeted “”Im working on an idea for something – would love to get Adkins and Bell as a couple of killer antagonists” THIS NEEDS TO HAPPEN :)!. 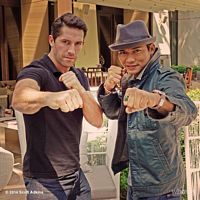 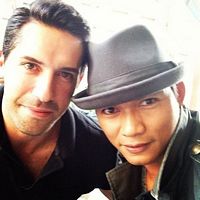